On the runway for the Victoria’s Secret Fashion Show, where glossy, flowing curls are the norm, one model decided to do things her way Tuesday night.

Rather than bending to VS’s traditional beauty standards, 23-year-old Angolan model Maria Borges rocked the runway sans wig, weave or even extensions. While donning elaborate bras, feather-laden “wings” and lots and lots of fringe, Borges went all natural to make a personal yet powerful statement on what beauty could look like in today’s world.

Fans gushed in response to Borges’ look on her Instagram. “I can’t be more proud of your haircut, you look STUNNING <3,” one fan wrote. Another wrote, “Thank you for taking a stand an wearing your natural hair!!!” 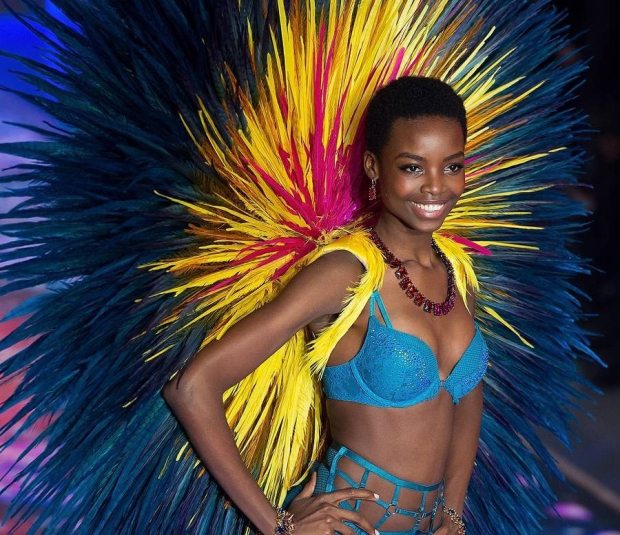 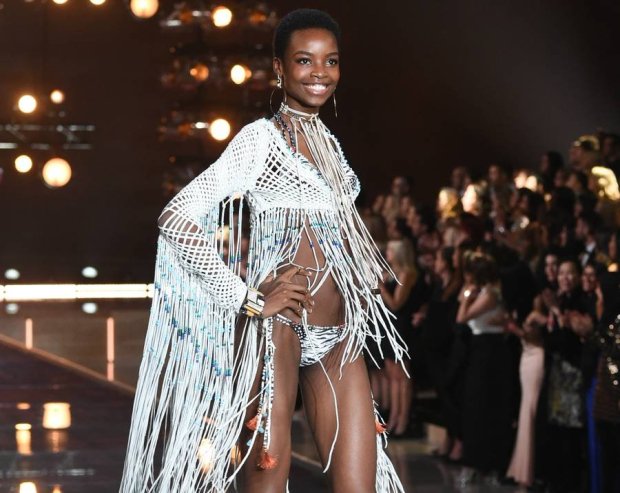 “I told my agent I wanted to walk in the Victoria’s Secret show with my natural hair,” Borges told entertainment news reporter B. Scott, who posted on Instagram. “I was nervous, but I had to do it. When they said ‘yes’ I didn’t expect it, but I was so happy!”

And Borges was more than proud to celebrate with them, showing no sense of doubt or tentativeness about her decision. Instead, she called out her “Afro hair” and used the hashtag #MBmakinghistory. 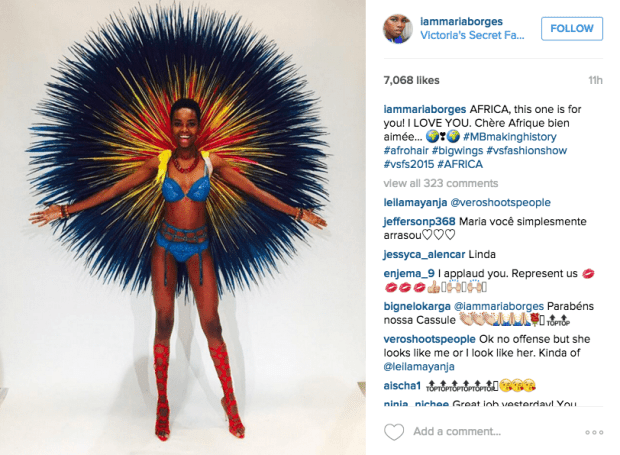 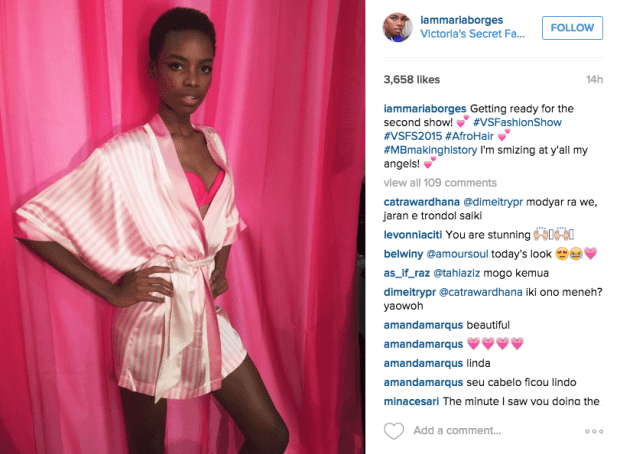 It was history-making in a personal way.

Borges has walked the Victoria’s Secret Fashion Show catwalk twice before — in 2014 and 2013 — and for both shows, she went with the typical long, flowy tresses of her peers. 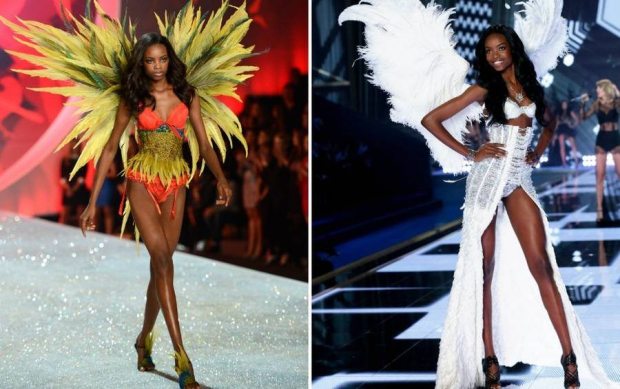 Borges during the Victoria’s Secret fashion shows in 2013 and 2014. Source: Getty Images

This year, however, she was able to walk alongside celebrity supermodels like Gigi Hadid and Kendall Jenner and stand out for just the right reason.

Borges’ statement comes at a critical time for the country’s largest lingerie retailer and its massive yearly showcase. Although Victoria’s Secret has made an effort to bring on more black girls to the runway show this year, there are still startlingly few of them. Out of the 44 models walking this year, eight are black. And Borges was the only model to do so with her natural hair.

Especially during a time when black beauty in the mainstream (and lack thereof) continues to make headlines, Borges has made a noteworthy move. In early October, Empire actress Taraji P. Henson did the same with a photo shoot for the high-end fashion magazine CR Fashion Book.

“As women we put sooooo much emphasis on our hair!!!” Henson wrote in an Instagram caption of the photos. “As if hair defines beauty? I am always so grateful for women who are FREE AND BOLD enough to cut it ALL off.”

In the fashion and beauty industry, there’s been a rise in models themselves drawing attention to the industry’s overall lack of diversity, in particular its consistent overlooking of black beauty. In July, model Nykhor Paul took to her Instagram to talk about the makeup artists that still come ill-prepared to photo shoots with dark-skinned models.

“Why do I have to bring my own makeup to a professional show when all the other white girls don’t have to do anything but show up wtf!” she wrote. “Stop apologizing it’s insulting and disrespectful to me and my race it doesn’t help, seriously! Make an effort at least!”

The fact that Borges walked the Victoria’s Secret Fashion Show proudly with her natural hair matters — both for women who will watch the show on national television Dec. 8, looking up to the models as displays of beauty, and for the industry insiders who could use to familiarize themselves with hair and skin that isn’t just white.

The Victoria’s Secret Fashion Show is known for presenting models that are beauty and sex appeal incarnate, and Borges reminded us what that can look like in 2015.

12 Beauty Items to Give as Gifts This Year

How to Do a Simple Contour